For bookings, please call us or reserve a room
through the following website.

Reserve through this page for the best rates
and the latest room availability.

♦ When booking, please be sure to inform us of the following:
・Any allergies that any of the guests may have. We will make special food arrangements.
・Requests for celebrations and other surprises you would like us to arrange.

A timeless hotel in Hakone
A novel luxury resort experience 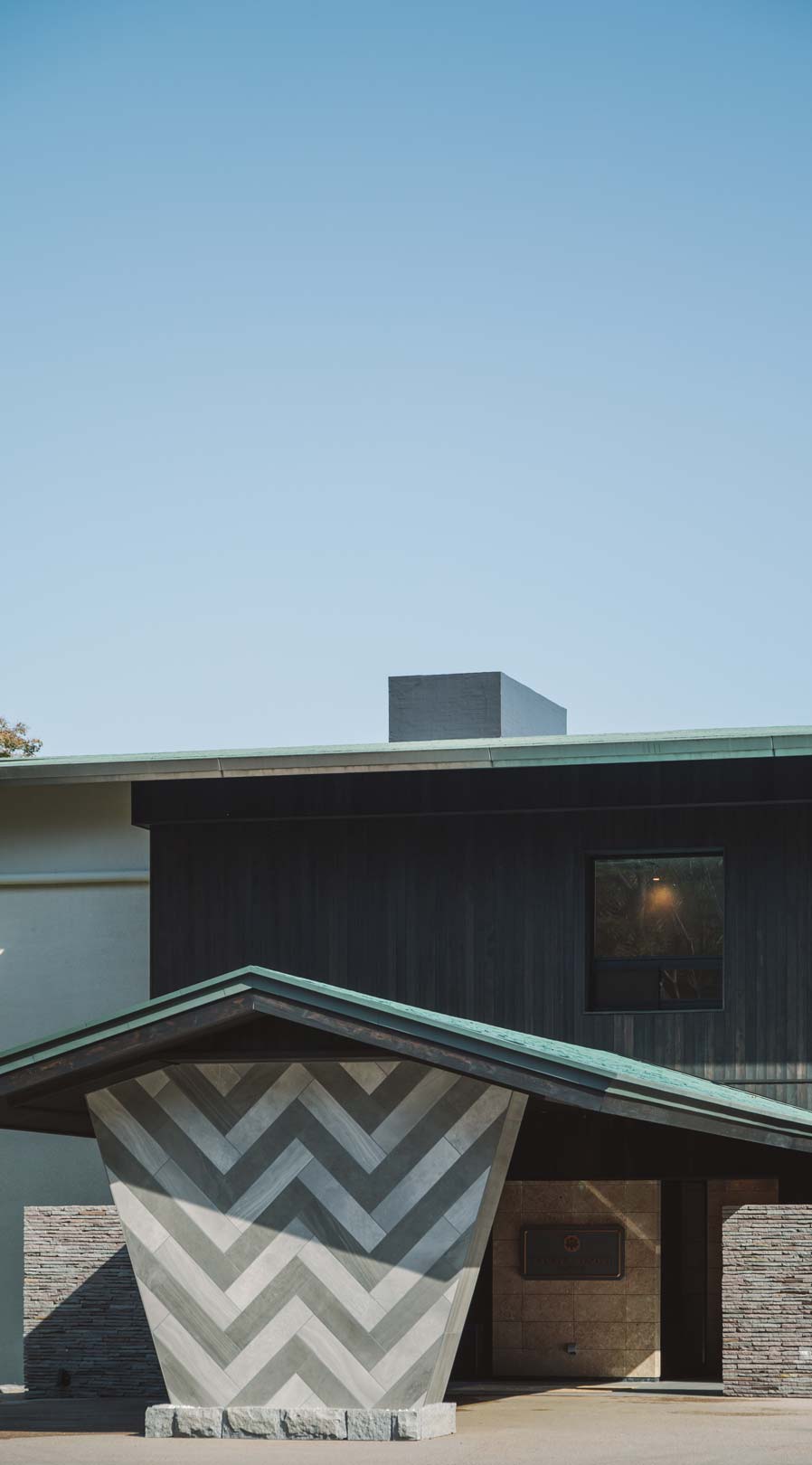 A Private Resort in the Serenity of the Forest

A private resort hotel in the serenity of the forest, where birds serenade you in soprano among the rustling leaves and treetops.

Welcome to Hakone.
Countless intellectuals and political and business leaders have long come here to escape from their busy lives in Tokyo and enjoy the majestic nature.
With famous hot springs and several refined hotels and villas, the history and elegance of Hakone is in a class of its own.
It is hard to believe it is only 90 minutes from central Tokyo.
These blue skies are just a moment away.
The forests of Hakone seem to celebrate this moment of peace.
This is the Kanaya Resort Hakone, an annex of the Kinugawa Kanaya Hotel,
one of Japan’s oldest resort hotels.
Enjoy the hospitality of the Kanaya Resort Hotel, constantly evolving while maintaining the traditions of a classic hotel.
A natural wonder awaits.

Enjoy a glass of welcome champagne while relaxing in forest greenery on the garden terrace.
Slowly unwind surrounded by a forest covering over five acres in Sengokuhara, Hakone.
The guest room opens up to a view of a large evergreen captanopsis tree wrapped in mistletoe, a primeval forest made up of colorful acers and maples, and the peaks of Hakone in the distance.
Relax in the private bath on the spacious balcony, completely alone, enjoying the luxury of the hot spring waters of Owakudani, famed for promoting beautiful skin, and the bathtub of green tuff stone from Towada.
Bathe alone in the clear mountain air, the forest greenery, and the rich hot spring waters to your heart’s content.
Enjoy total privacy, as the sky and treetops are reflected on the shimmering surface of the bath. 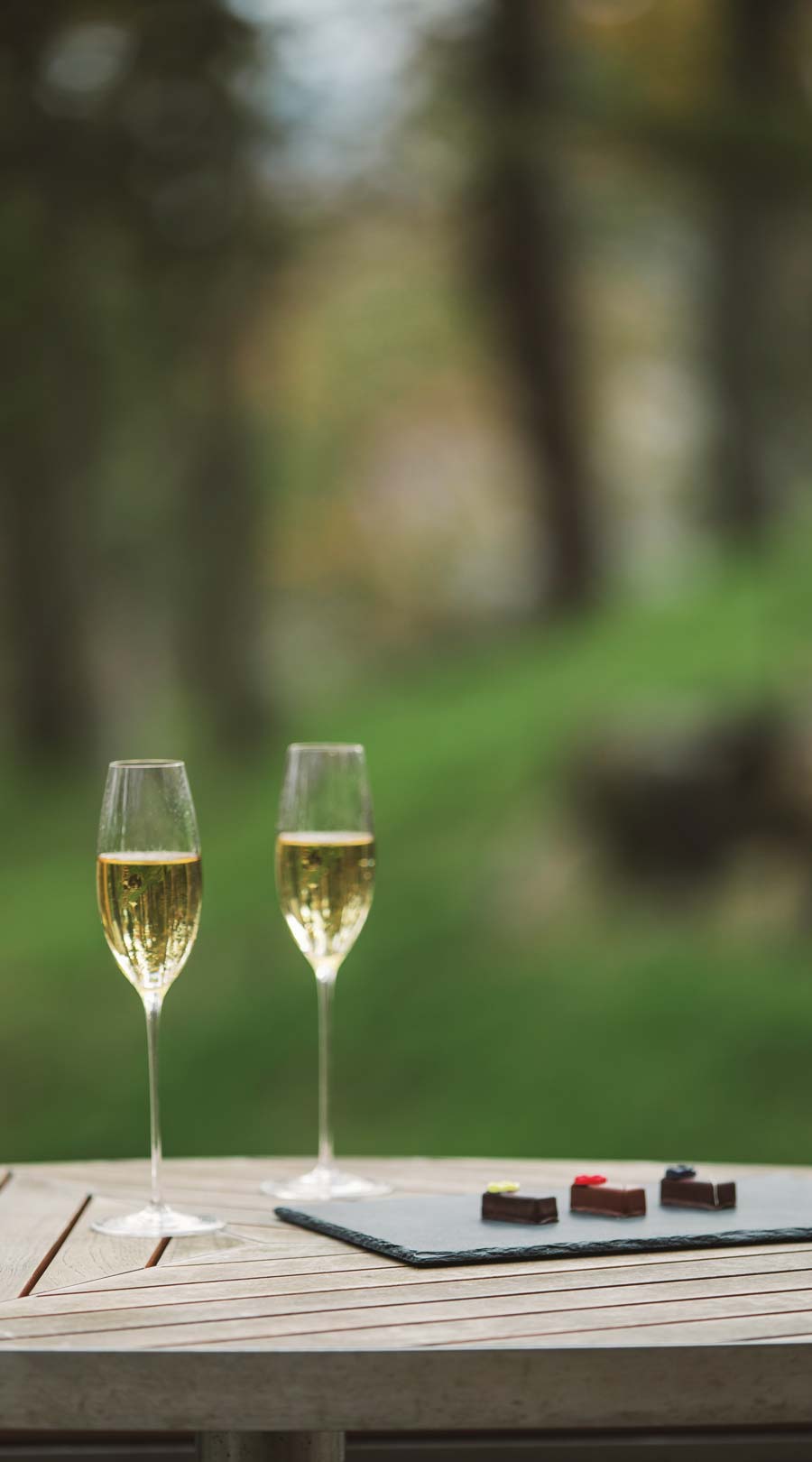 Take dinner at Seiyo Zendokoro John Kanaya Restaurant, which maintains the fine traditions of Seiyo Zendokoro John Kanaya Azabu Restaurant, a famed establishment once located in Azabu, Tokyo.
As a gourmet, the dream of founder John Kanaya was a cuisine of “East Meets West.”
Unwrap the chestnut leaf on the autumn forest plate to discover a novel combination of flavors:
mallard foie gras dressed with green onion and dried mullet roe, which pairs perfectly with a natural Burgundy.
This whimsical and creative French cuisine brings out the best of fresh seasonal ingredients from both East and West and is designed to be eaten with chopsticks.
The traditional and modern are fused naturally like the trees and flowers of the forest.
A painting of a beautiful woman dining adorns the wall.
This journey is made all the more thrilling with a sip from a novel cocktail in a space brought to life by a pageantry of delightful dishes.
On this evening, the serenity of the forest, and even the darkness of night, feel gentle and welcoming.

From the trees sparkling in sunlight to the glass artwork of Gabriel Loire, let the interaction of the light with nature and man soothe you.
John Kanaya, the founder of the Kinugawa Kanaya Hotel and a leader of the hotel industry in Japan during his time was also a great lover of art.
He was an avid collector of Loire, an artist heavily influenced by the Japonesque aesthetic, and a portion of his collection can also be found at the Hakone Open-Air Museum.

Here is the Forest Villa loved by John.
The “East Meets West” hospitality is a legacy of John’s fine sensibilities and resonates with the world of Loire, who himself embraced the beauty of both East and West.
Let it release you from your daily concerns, so subtly that you hardly notice it happening.
Feel the weight being lifted from your body and mind, leaving them as fresh as the morning forest.
Let the Kanaya Resort Hakone, the jewel of Hakone, be your own private forest villa, and pass the time in privacy and beautiful comfort. 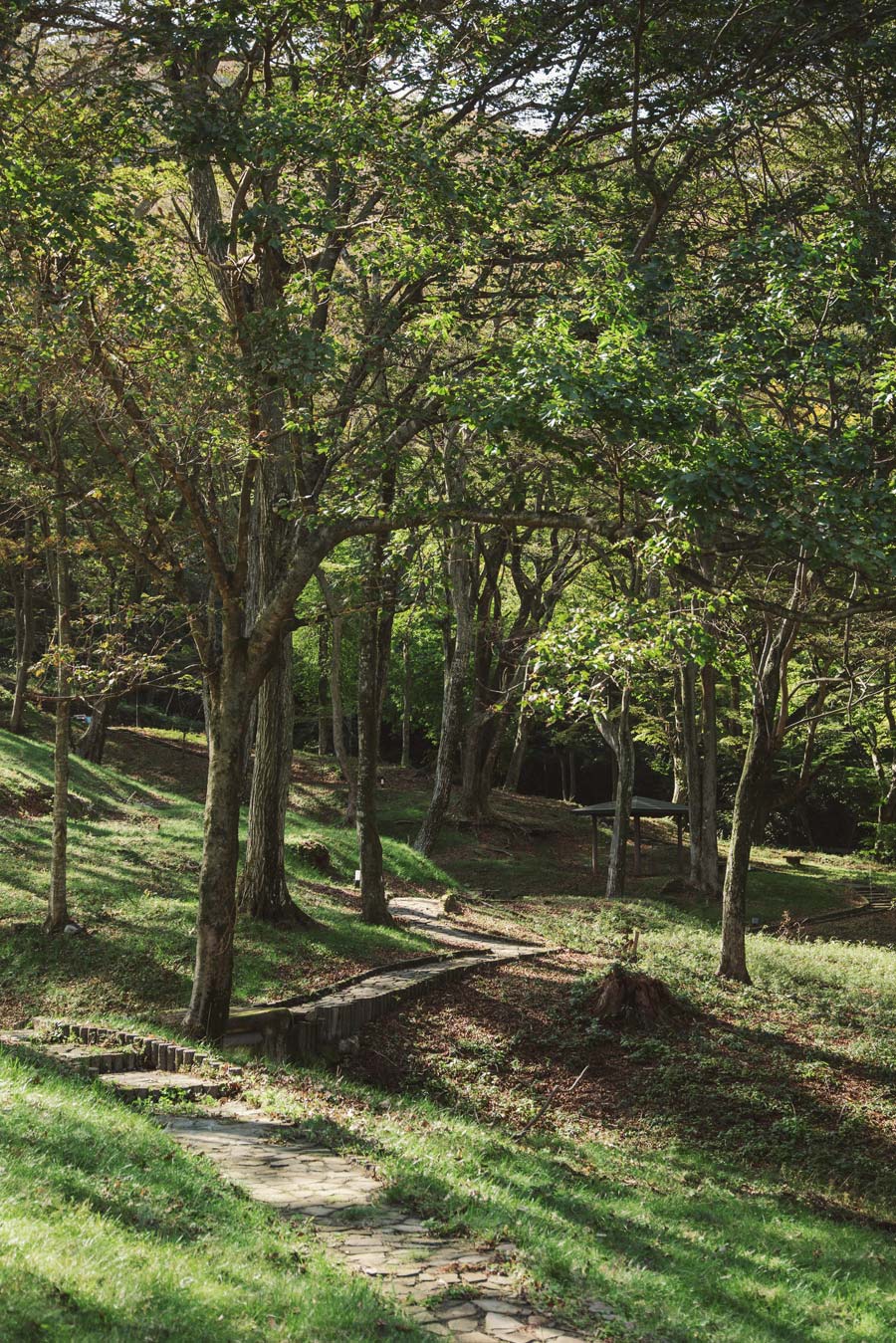 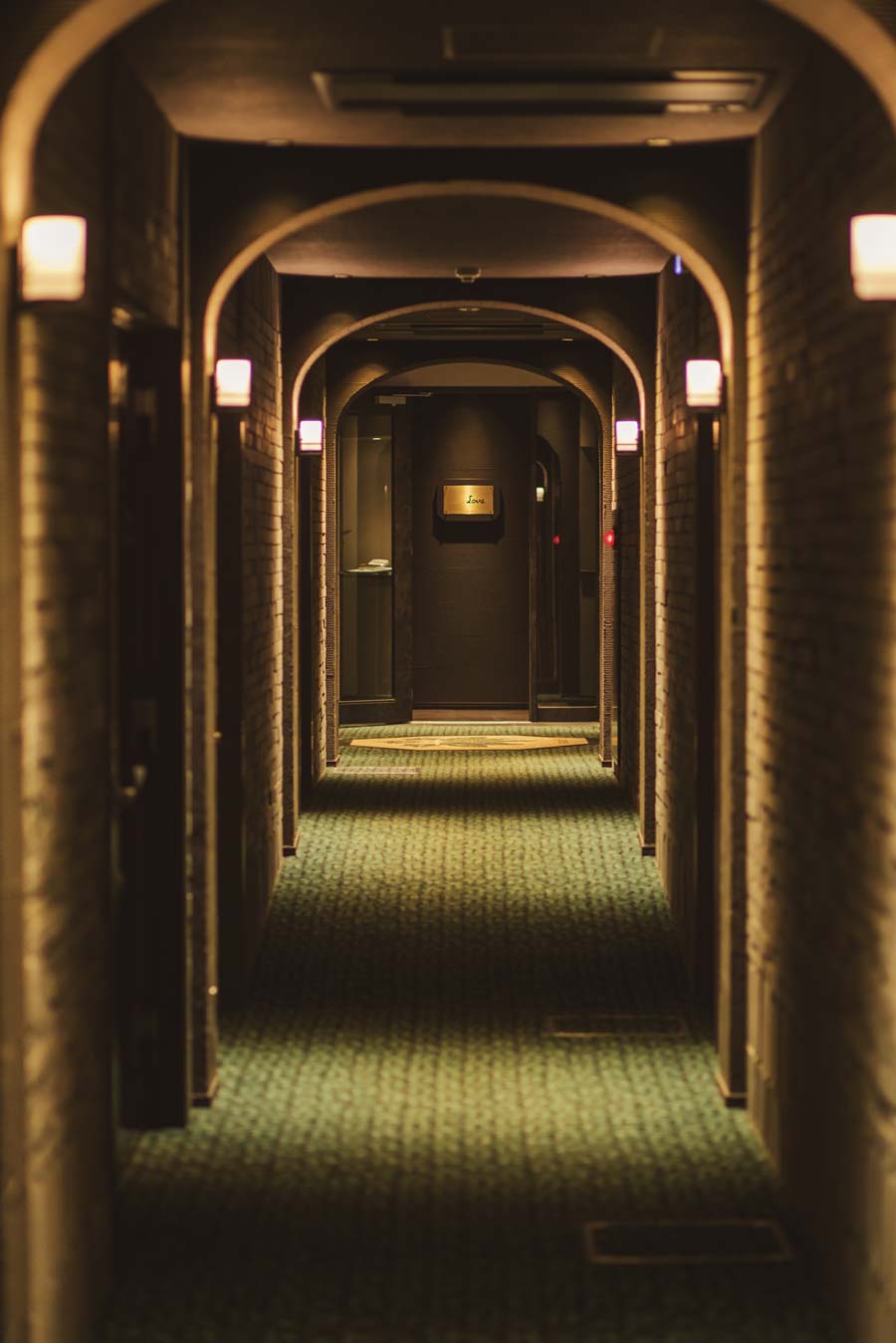 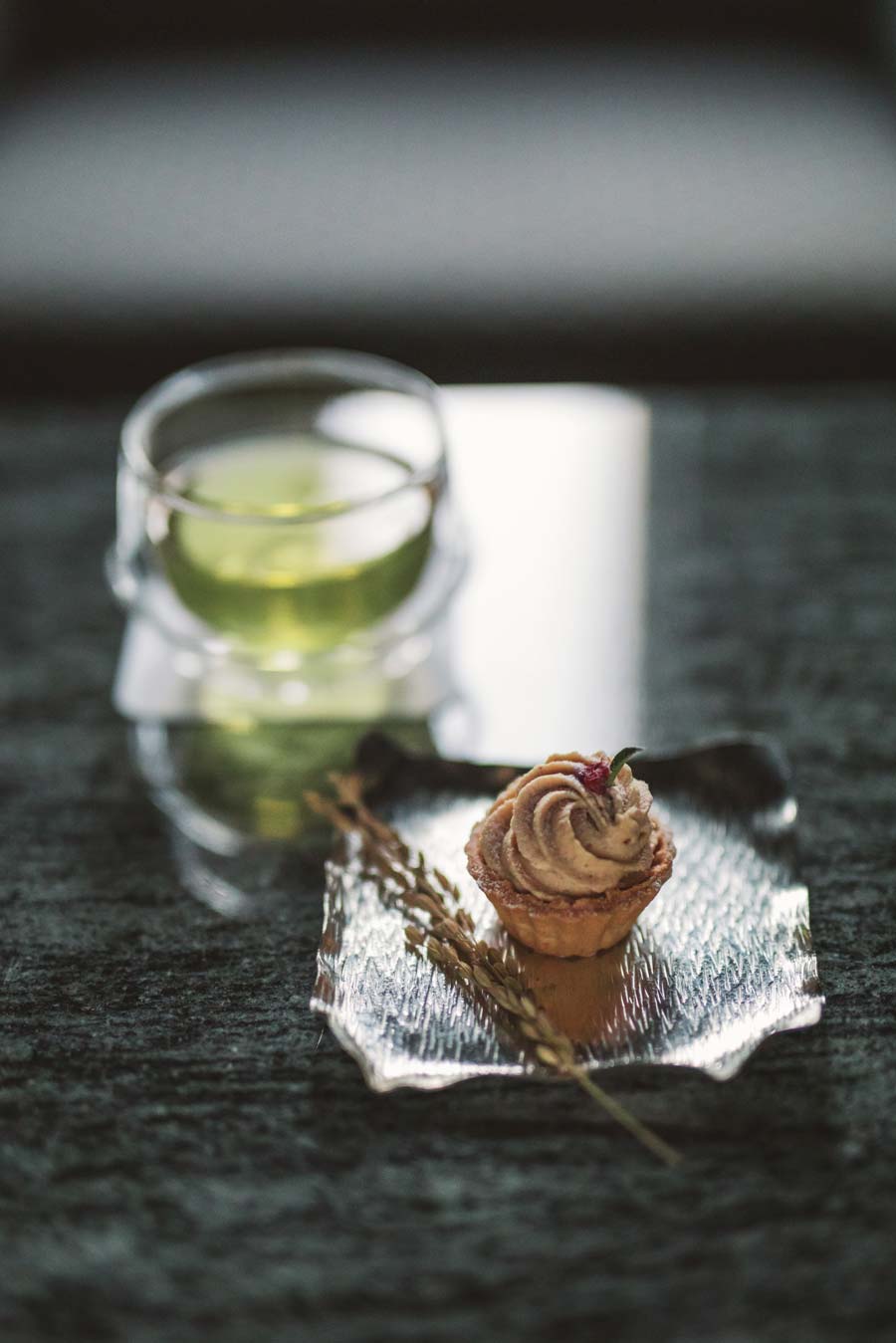 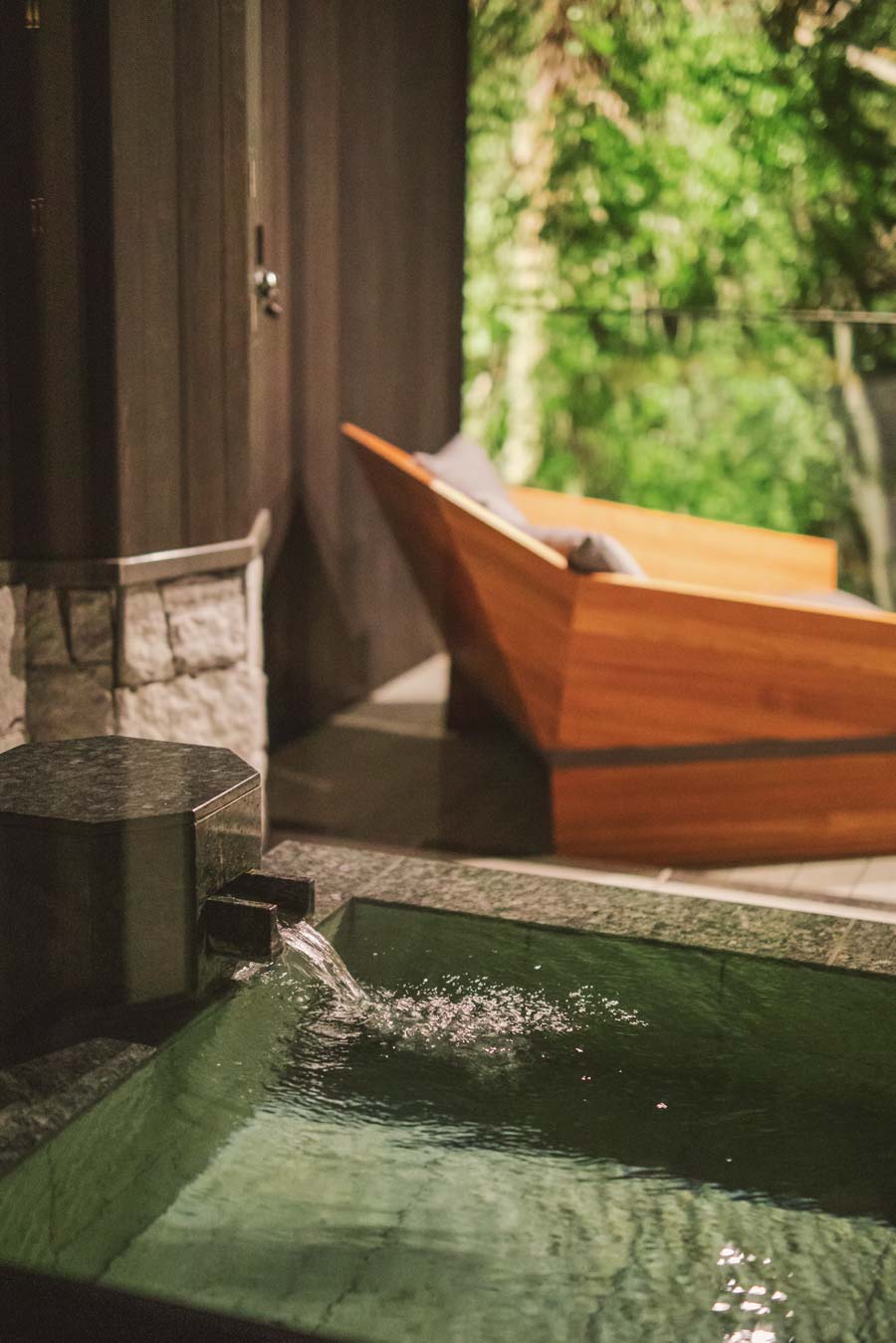 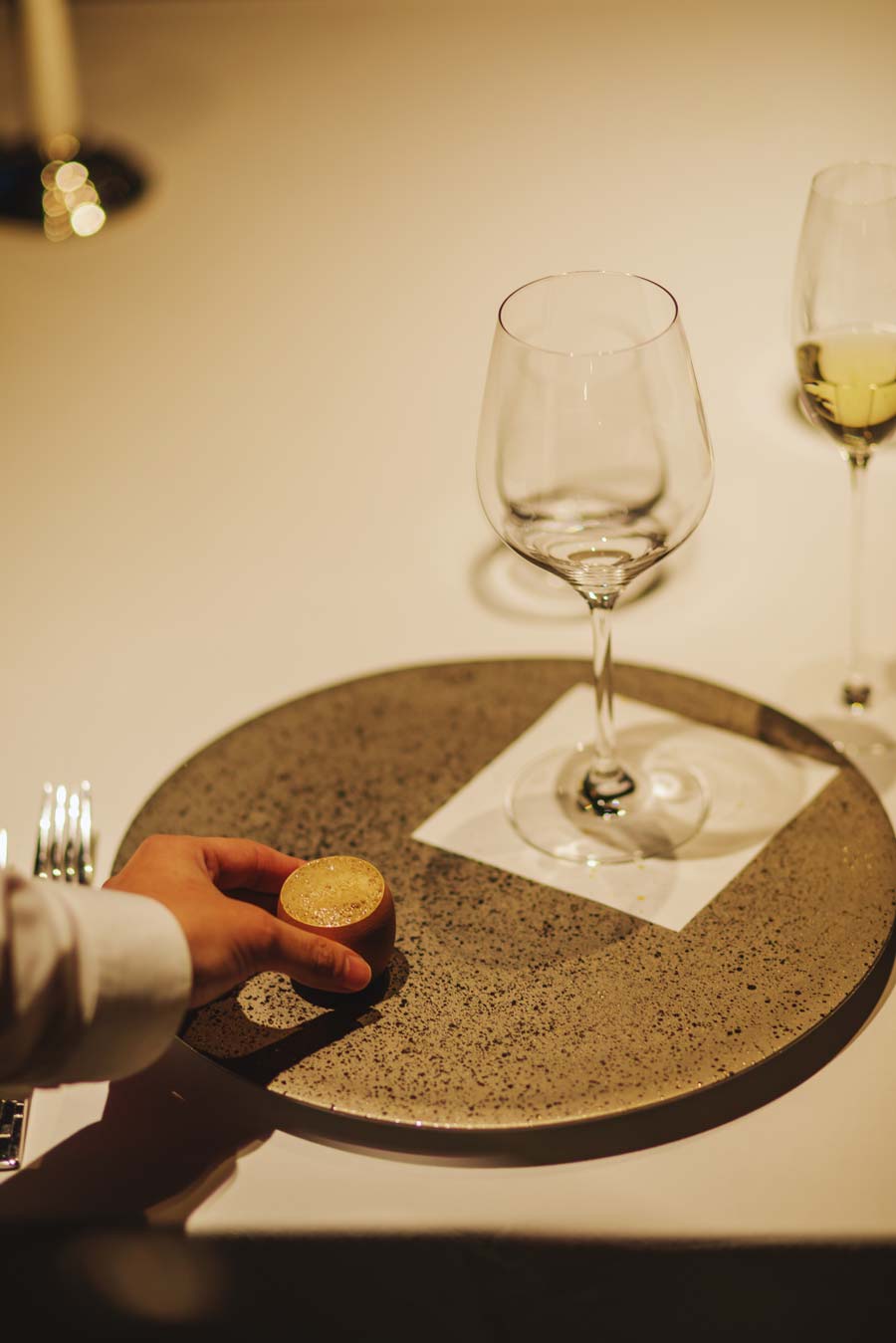 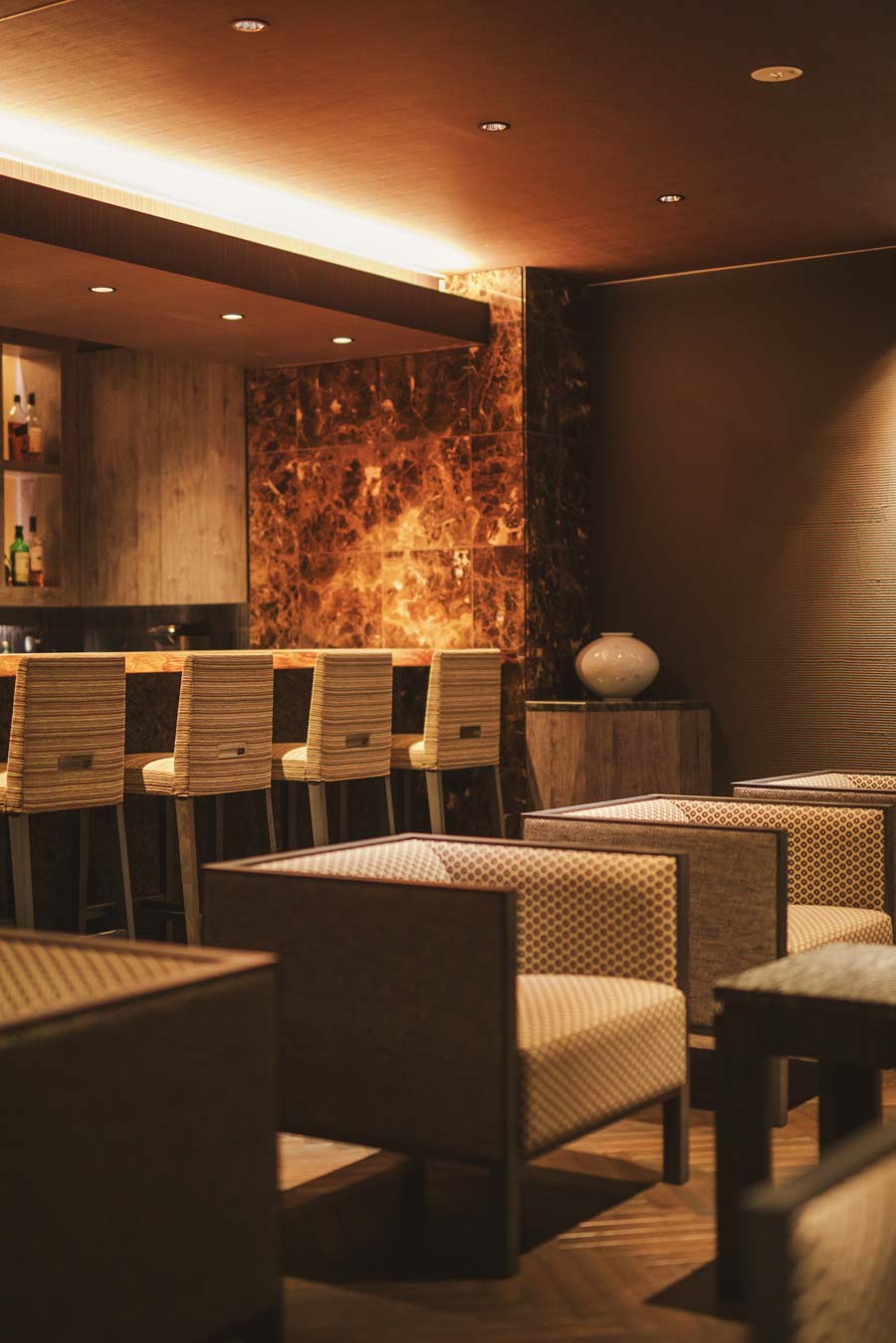 How do you do?
Nice to meet you. 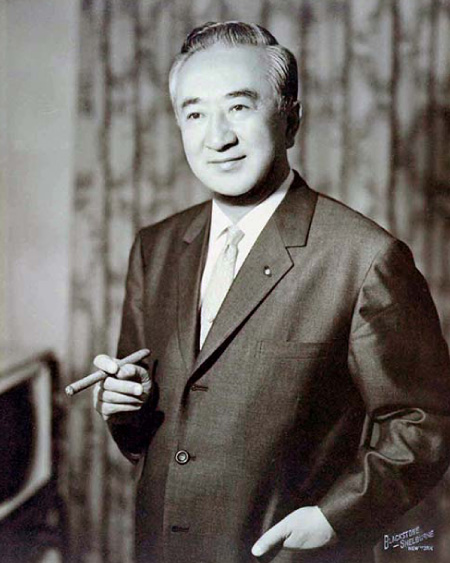 The Legend of Senji Kanaya,
a Leader in the Modernization of Japanese Hotels

“How do you do? Nice to meet you,” said the man in fluent English. These were the first words spoken by Senji “John” Kanaya, who captained the establishment of the Kinugawa Kanaya Hotel, to his newborn grandson. Senji presented an eye catching figure at the hospital that day in his bright white morning jacket and chapeau, and a walking stick in hand. Having absorbed Western culture while touring the countries of North America and Europe in his youth, he was a gentleman for whom the epithet of “dandy” was a perfect fit.

Though pure Japanese, Senji Kanaya was baptized with the Christian name of John. He was the grandson of Zenichiro Kanaya, the founder of the Nikko Kanaya Hotel, which is renowned as the oldest resort hotel in Japan. Raised in a household where the Western style was adopted and shoes were kept on inside the house, Senji strongly inherited a pioneering family spirit. He was appointed the first President of the Kinugawa Onsen Hotel after having trained at first class hotels. He developed the hotel as the only one of notable scale at the Kinugawa Onsen, and also contributed to the development of the Kinugawa area itself. He also served as the Director of the Japan Hotel Association etc., and made immense contributions to the modernization of the Japanese hotel and tourism industries.

Upholding and Refining the Spirit of “East Meets West”

In 1971, Senji opened a new Western style restaurant, Seiyo Zendokoro John Kanaya Azabu Restaurant. The restaurant, which fused Japanese food culture with Western cuisine, interior, and service, was the embodiment of his management philosophy of “East Meets West,” specifically of respecting Japanese culture while praising Western culture. As someone who had founded a unique aesthetic through contact with the best of food, culture, and the arts of Japan and the world, Senji wished to achieve the best facilities and services possible by combining the best of East and West. His wish was then culminated in the opening of the Kinugawa Kanaya Hotel in 1978. Though he passed away one year before his dream was realized and was unable to see its completion, his spirit has been carried on by his eldest son Teruo and Grandson Joji. By maintaining that management philosophy and always adapting to the times, they have created an unrivaled resort hotel by achieving a fusion between the relaxation of a private villa with the elegant space and convenience of a hotel.

From Japan’s oldest to Japan’s best resort hotel, the drive of the Kanaya spirit towards new challenges will continue.